スマートフォン専用ページを表示
Bubble Bobble 4 Friends
"Bubble Bobble" is an arcade game announced in 1986. It is a masterpiece of a single-screen fixed action game with a game design that makes use of the characteristics of bubbles, with the contents that Bubble and Bobrun of "Bubble Hagaki Dragon" work together to capture 100 stages.

"Bubble Bobble 4 Friends" is a package that can be enjoyed by both new and old players by being able to play both the latest game with renewed game system and graphics and "Bubble Bobble" that faithfully transplants the original version. . 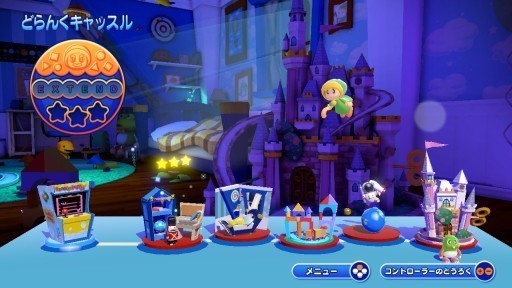 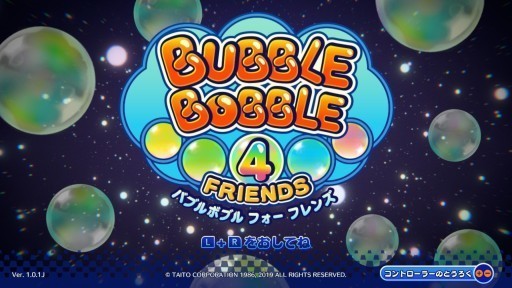 She has a cute face and is deep. Classic action game is back on Switch

The "original," which is a port of the arcade version, is an action game in which enemies trapped by spitting bubbles are broken down by dorsal fins, head butt, and stomping.

You can enjoy deep play and cute characters with easy-to-understand rules that will clear the stage if you destroy the enemy. 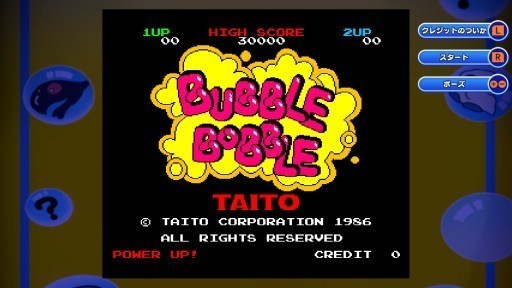 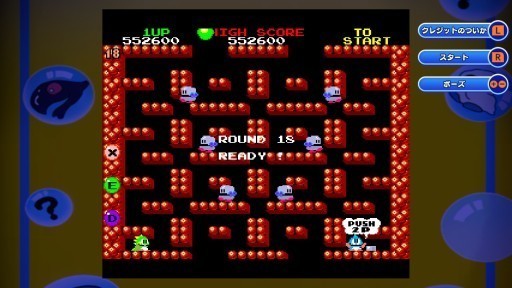 "Bubble Bobble 4 Friends", which opened up a new frontier while inheriting the bloodline of the masterpiece

Let's introduce "Friends" which is a completely new work.

"Friends" that can be played by up to four players, "Bubblen", "Bobrun", "Kururuun", "Koloron" (they appeared in "Bubble Symphony", but there seems to be no narrative connection), but the basic rule is "Original" And does not change.

The major changes are two new actions, "skills" and "squatting". 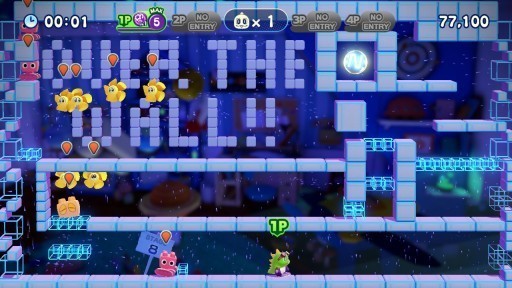 "Skill" is a special skill activated by [L] or [R], and new ones increase each time you defeat the boss and clear the world. However, only one can be equipped.
If there are many enemies, we recommend the “Thunder Bubble”, which bursts out lightning bubbles when it breaks down, and the “Bomb Bubble,” which blows out bubbles that explode over time.
If the airflow is intense, a "stop window" to stop the airflow for a certain period of time is also good.
I want to choose according to the situation.
One of the most interesting is the skill of "dash", whose name is plain, but it is invincible for a short time and can pass through enemies, and can also be used while jumping.
It is possible to assault and close the gap at once, and there are various possibilities depending on how you use it. 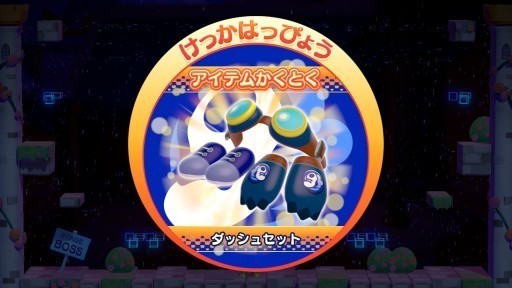 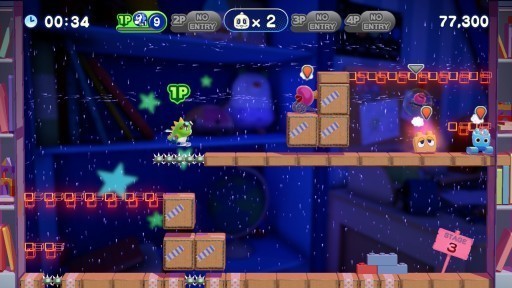 Another new factor is that the screen ratio has been increased from 4: 3 to 16: 9, and the stage has been broadened as a whole to support multiplayer play. It is pointed out that it is improved.

The former is troublesome because the downtime when a mistake is made in single play tends to increase, but in multiplayer play it is possible to share strategies and make other players a stepping stone for jumping, so a new There is a possibility that a fixed stone may be found. 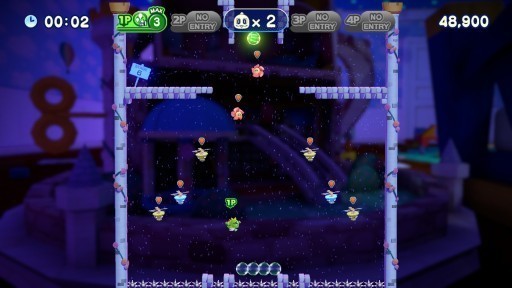 In the latter case, it seems that the basic performance seems to be improved as a reverse of the fact that the power-up item in the "original" was spoiled, and it is quite easy to play even considering that recovery in case of a mistake is easy to work I felt it.

Also, if you make a mistake many times on the same stage, "Continue with Muteki" will be lifted and you can clear it anyway.
It's a welcome element for beginners.


Ryosaku with lots of respect for predecessors

This work, which adds new elements while inheriting the original good points, such as "Ren sashimi", the comfort of collecting food, and the action of making use of the characteristics of foam, has received a lot of respect for the predecessors. It can be called a good work.

At one end, for example, is a stage that has a structure very similar to the original, a stage dedicated to the late Mr. Mitsuji, or the first invincible item “Chat-kun,” with the “Continue with Muteki” option. It can be seen as a "heart", and I'm just glad to old fans like me.

Despite the differences in tastes, such as the widened stage and the spoiled power-up items, the staff members who were trying to make a “bubble bobble” in 2020 felt firmly. 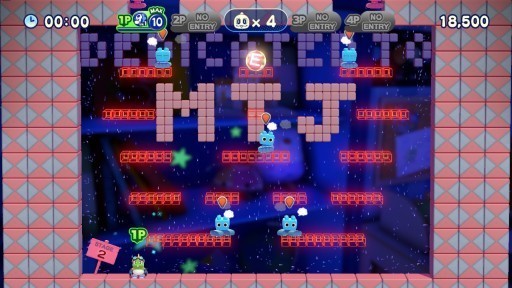 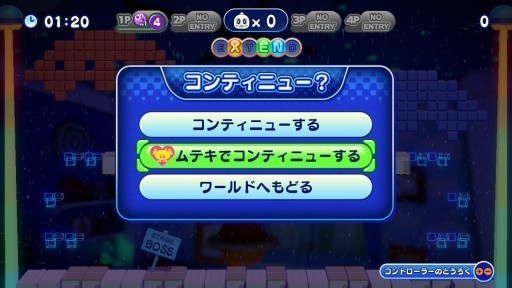 It was a one-screen action that Taito used to be good at, but now there are fewer new platings.
The masterpiece "Bubble Bobble" is also a big hit of its derivative work "Puzzle Bobble", and it is not uncommon to see Bubbling and Bobrun as "Oh, it's a puzzle Bobble character."

That's why I want you to revisit the fun of Bubble Bobble.
At My Nintendo Store, "download in advance" has also started, so please try it. 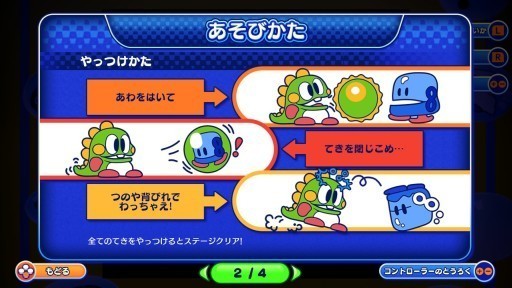 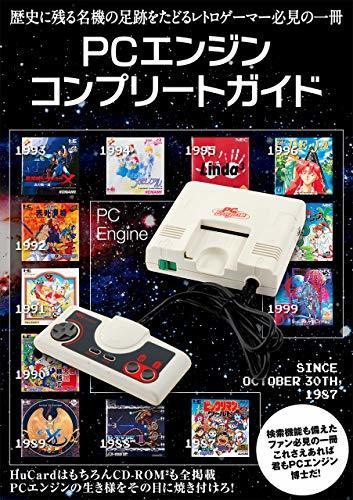 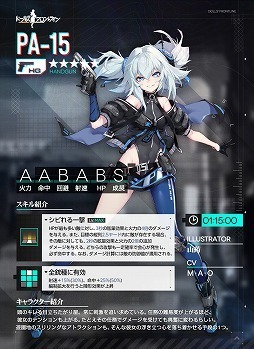